Boeing expects India to order up to 2,100 aircraft over 20 years

NEW DELHI: Boeing Co said on Monday it expects Indian airlines to order up to 2,100 new aircraft worth $290 billion over the next 20 years, calling it the highest-ever forecast for Asia’s third-largest economy.

India is one of the world’s fastest-growing aviation markets with domestic passenger traffic growing at more than 20 per cent a year over the last few years.

The world’s biggest maker of jetliners said it expected passenger growth of about 8 per cent in South Asia, dominated by India, over the next 20 years, compared with the world average of about 4.7 per cent.

Boeing could increase the projection next year depending on how India’s regional connectivity scheme pans out, Dinesh Keskar added.

Last year, India overhauled rules governing its aviation industry, liberalising norms for domestic carriers to fly overseas and spreading the country’s air travel boom to smaller cities by capping air fares and opening airports.
Boeing said it expected single-aisle planes, such as the next generation 737 and 737 Max, to account for the bulk of the new deliveries, with India likely to take 1,780 such aircraft. 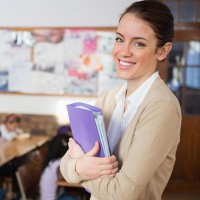